The State of Liberty, originally called Liberty Enlightening the World, is a Statue on Liberty Island, formerly Bedloe’s Island, in the harbour of New York. The statue symbolizes liberty in the form of a woman wearing flowing robes and a spiked crown. She holds a torch aloft in her right hand and carries in her left hand a book inscribed “July 4, 1776”. Broken chains, symbolizing the overthrow of tyranny, lie at her feet. The statue was designed by The French sculptor Frederic Bartholdi and was given by France to the United States to commemorate the centennial of US Independence in 1876.
France raised funds by popular subscription to pay for the statue; US donors financed the pedestal and installation of the monument. President Grover Cleveland dedicated the work on October 28, 1886. The statue, the island, and nearby Ellis Island were declared a national monument in 1924.
The statue, formed of copper sheets riveted to an iron framework, is one of the largest in the world. It measures 93.5 m (306 ft 8 in) from the bottom of the pedestal to the tip of the torch. The figure itself is 46.4 m (152 ft 2 in) high; the right arm is 12.8 m (42 ft) long; the hand is 5.03 m (16 ft 5 in) long; and the head, which is reachable by staircase or emergency lift, measures 8.5 m (28 ft) from neck to diade and 3.05 m (10 ft) from ear to ear. The statue weighs 254 tones (250 tons).
Originally conceived as a gesture of international friendship, the statue has become a global symbol of freedom, marking the arrival of millions of immigrants to the United States.
1. Choose the correct answer from the alternatives. 1X7=1
(a) What does the word “immigrant” mean?
i. people of a foreign country
ii. people going to live abroad temporarily
iii. people going to live abroad permanently
iv. people going to work abroad
(b) In the passage the word “centennial” is a/an
i. verb ii. noun iii. adjective iv. adverb
(c) Which of the following expression describe “July 4, 1776” best?
i. The Independence Day of France
ii. The US Independence Day
iii. The day when the statue of liberty set up
iv. The day when France sent the statue of America

(d) Very few statues of the world are as ____ as The Statue of Liberty.
i. large ii. largest iii. larger iv. enlarge
(e) What does the expression “overthrow of tyranny” in the passage mean?
i. fight ii. struggle iii. resistance iv. Independence
(f) The Statue of Liberty is in the ____ of New York.
i. centre ii. ii. port iii. heart iv. beach
(g) What is meant by the word “aloft” in the passage?
i. high in the air ii. catching iii. forward iv. upright
2. Answer the following questions: 2X5=10
(a) What does the statue symbolize?
(b) What do the torch and the book in the hand of the statue symbolize?
(c) What is the Statue of Liberty wearing?
(d) How does the statue symbolize the overthrow of tyranny?
(e) How were funds raised for building the statue?
3. Write a summary of the passage in not more then 90 to 100 words. 10
4. Read the following passage carefully and complete the table below with
information from the passage. 1X5=5
Jasimuddin was a famous Bengali poet. He was also a song writer, prose writer, folk lore collector and radio personality. He is known as Pollikobi because through his poems he depicted the Bengali rural life, He was born in the village of Tambulkhana in Faridpur District on 1 January 1903. He received his early education at Faridpur Welfare School. He obtained BA degree in Bangla from the University of Calcutta in 1929 and MA in 1931. Jasimuddin joined the University of Dhaka in 1938 as a lecturer. He left the university in 1944 and joined the Department of Information and Broad Casting. He worked there until his retirement in 1962 as Deputy Director.
Jasimuddin collected more than 10,000 folk songs. He wrote many poems, dramas, novels, memoirs music etc. His major works are Rakhaki, Nakshi kanthar Maath, Sojan Badiyar Ghat, Bedder Meya, Madhumala. The majir honours and award that received are President Award for Pride performance, Pakistan (1958) D. Lit by Rabindra Bharat University. India (1969) Ekushy Padak (1976), Bangladesh Independence Day Award (1978). He died on 13 March 1976 and was buried near his ancestral home at Gobindapur.
Jusimuddin bron 1903 (i) —–
He obtained BA degree (ii) —– The University of Calcutta
He (iii) —– 1938 The University of Dhaka
He Joined (iv) —- Department of Information and Broad Casting
He got President Award for pride performance 1958 (v) —–

5. From your reading of the above passage fill in the blanks with suitable
words. Use one word only in each blank. 1X5=5
Jasimuddin is better known (a)——- us as Polilikobi. He was bron in Faridpur of District. He took his early (b)——- at Faridpur Welfare School and (c)——- took his BA and MA from the University of Calutta. He was a (d)——- of Dhaka University and he worked in the Department of Information and Broad Casting. He (e)—— many poems, dramas, novels and music. He died in 1976.
6. Match the parts of sentences of column ‘A’ with column ‘B’ to write five complete sentences. There are more in column ‘B’ than required. 1X5=5
Column-A Column-B
(a) Physical exercise is the
movement
(b) It helps us
(c) We should take
(d) If we neglect it
(e) Walking i. exercise regularly.
ii. of the limbs of our body
according to rules.
iii. the best form of exercise.
iv. we will not be able to stay fit.
v. to be healthy and fit
vi. is beneficial to health.
vii. best form of exercise.
7. Put the following parts of the story in correct order to rewriter the
whole story. 1X8=8
(a) In 1914 when the First World War broke out, he wanted to join the army.
(b) At the age of eleven he showed his poetic genius.
(c) On his return from the battle field, he gave up the sword for the pen and
began to write pomes.
(d) In 1972 he was brought to Bangladesh from Kolkata and was declared
our national poet.
(e) He died on the 29 August, 1976.
(f) He wrote a lot of poems, short stories, gajals, novels etc. and traveled all
the branches of Bengali literature.
(g) Our national poet Kazi Nazrul Islam was born in 1306 B.S (1899 A.D) at
Churulia in the District of Burdhawan.
(h) At the age of 19 he joined the army as an ordinary soldier.
Part- B Writing Test (50 Marks)
8. Answer the following questions to write a paragraph on ‘A Book Fair’.
You write about 250 works: 10
(a) What is a Book Fair?
(b) When and where is it held?
(c) What do you see there?
(d) Who go there?
(e) Of what use is a book fair?
. Read the beginning of a story. Write ten new sentences to complete the
story. 10
A poor girl named Rina worked in a rich man’s house. The housemaster was kind to her but the mistress was very cruel. She used to scold her now and then. One day while serving tea, Rina broke a cup tea………

10. The following pie-chart shows the amount of time that Rafique spends
each day on various activates. Describe the pie-chart in about 150 words. You should highlight and summaries the information given in the pie-chart. 10

12. Nowadays computer is widely used in different sections. So,
it has become very essential to learn about computer, Now, write a dialogue between you and your friend about the importance of learning computer. 10 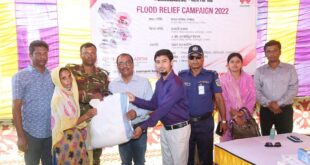 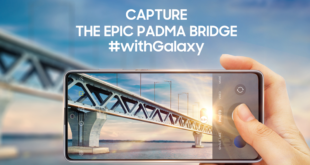